Libraries are, at their core, institutions that fight against censorship and support the freedom to seek and express ideas, so this year, from September 22nd to the 28th, we will be celebrating Banned Books Week by having our annual Banned Bookmark Scavenger Hunt. Each day from the 22nd-28th, we’ll be putting up daily clues on our social media channels (Facebook, Twitter, Instagram) to help you find banned books in our collection. Use these clues to find the book in the stacks, take a picture with your bookmark & post it to our channels, then get your prize of a $10 Starbucks gift card! Details will be on the bookmark.

In 1982, Banned Books Week was launched in response to an influx of books that were being blocked from schools, bookstores, and libraries. Since then, it has continued to highlight the importance of open access to information and raise awareness for the dangers of withholding that information from the public. 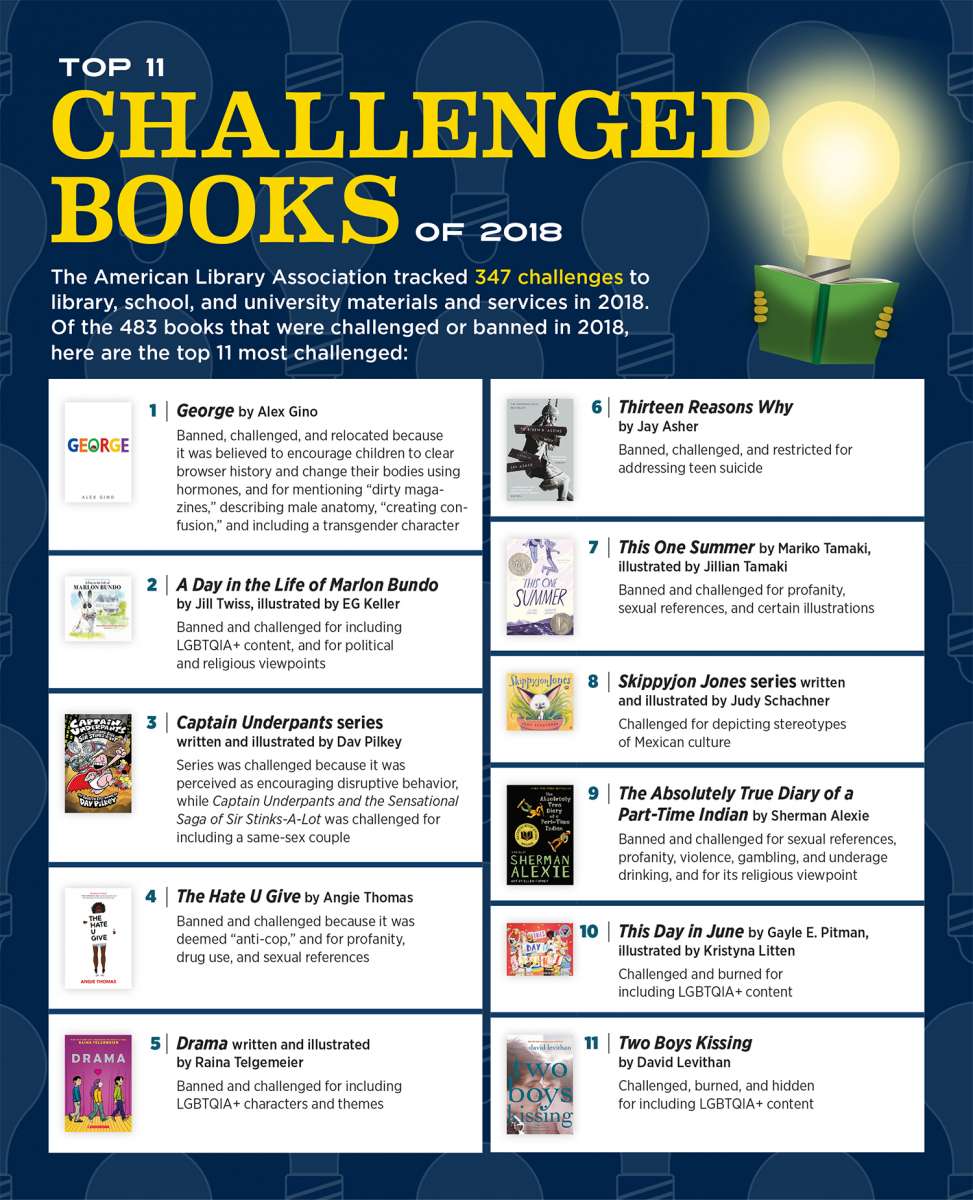 Every year, a list of the most challenged book in the country is compiled by the American Library Association’s Office for Intellectual Freedom. Everything from the Bible to the Captain Underpants series have been challenged at one point or another. The Absolutely True Diary of a Part-Time Indian by Sherman Alexie was banned for sexual references, violence, and its religious viewpoint. To Kill a Mockingbird has been banned for its use of the N-word. Consistently, books like I Am Jazz by Jessica Herthel and Jazz Jennings and Drama by Raina Telgemeier are banned year after year for their portrayal of LGBTQ+ characters. Each time, a valuable story is kept from the world.